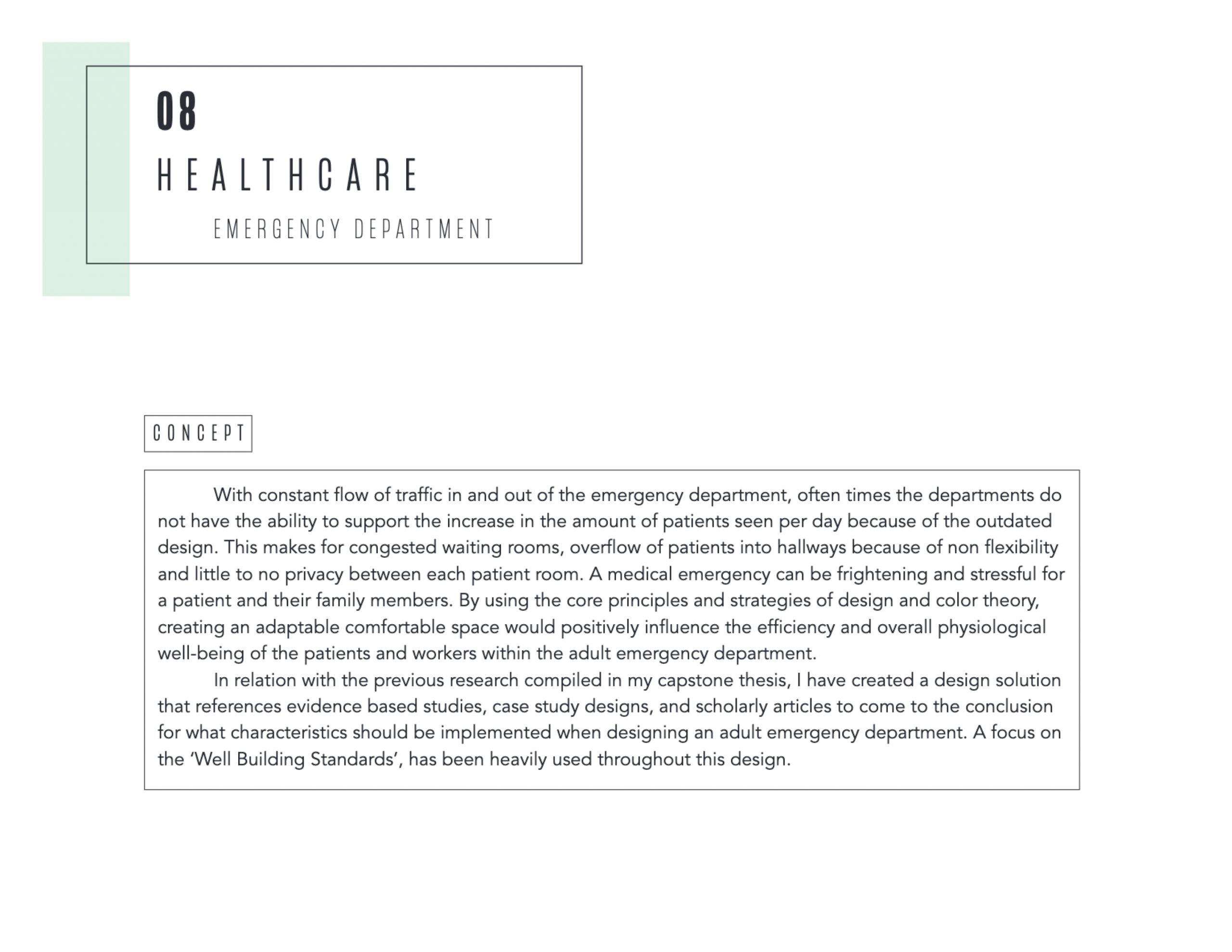 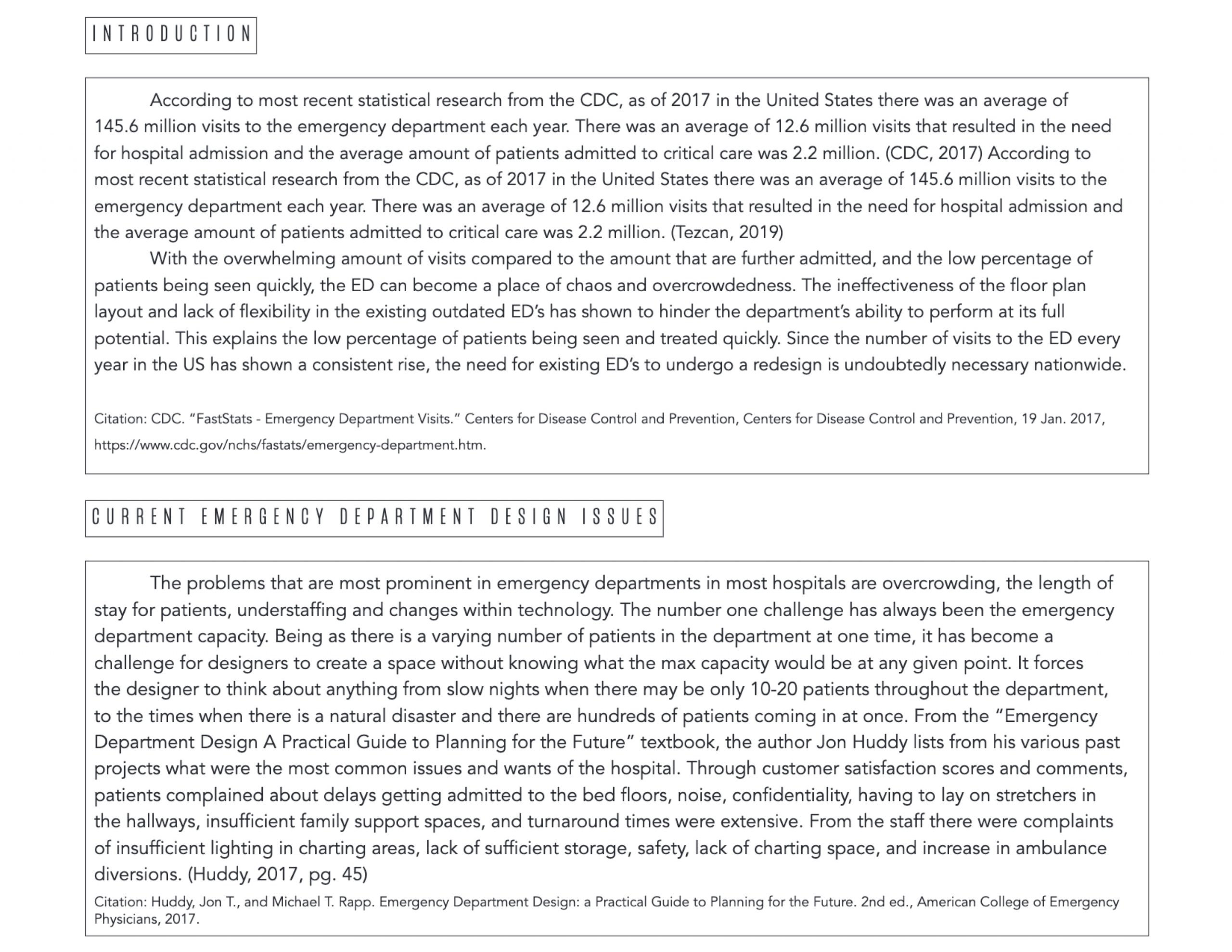 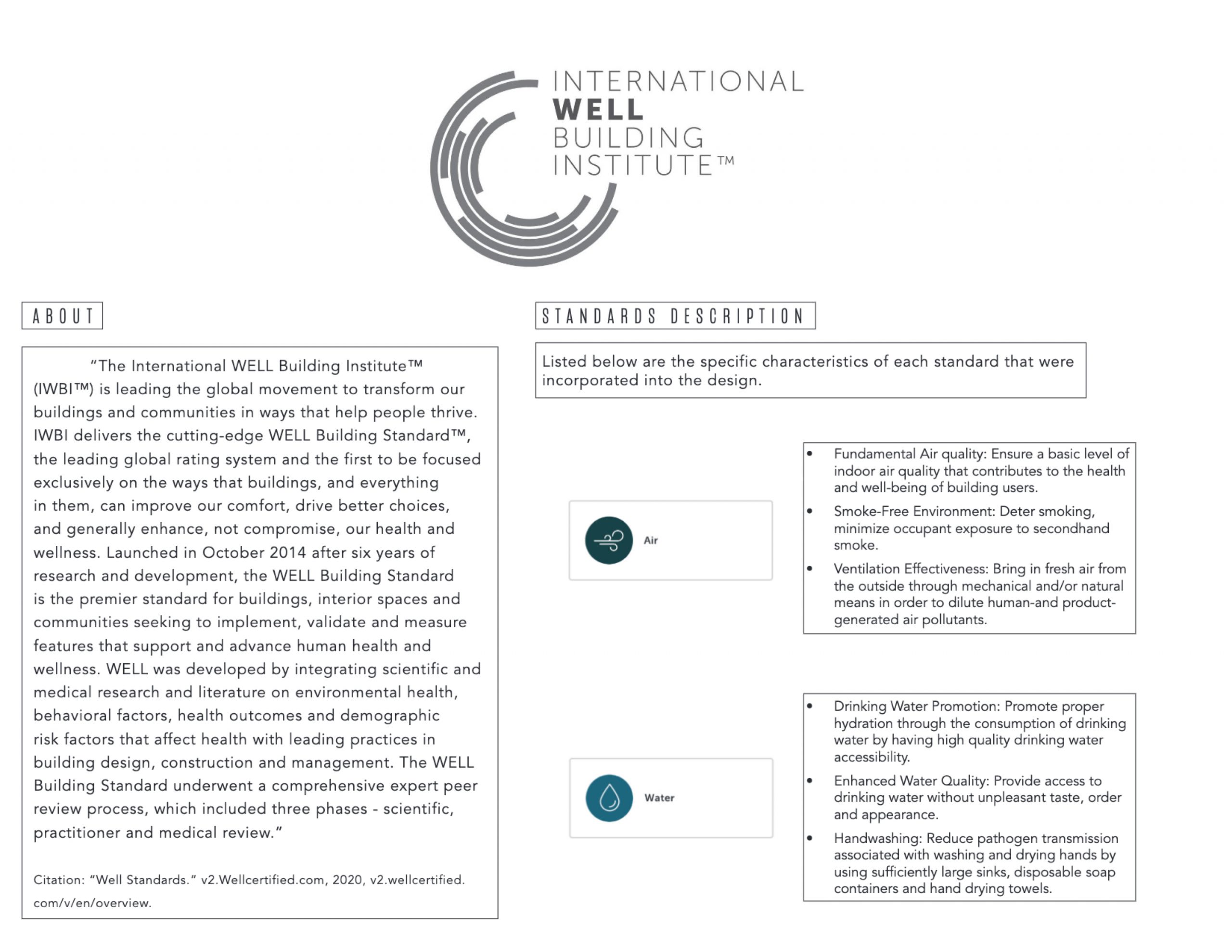 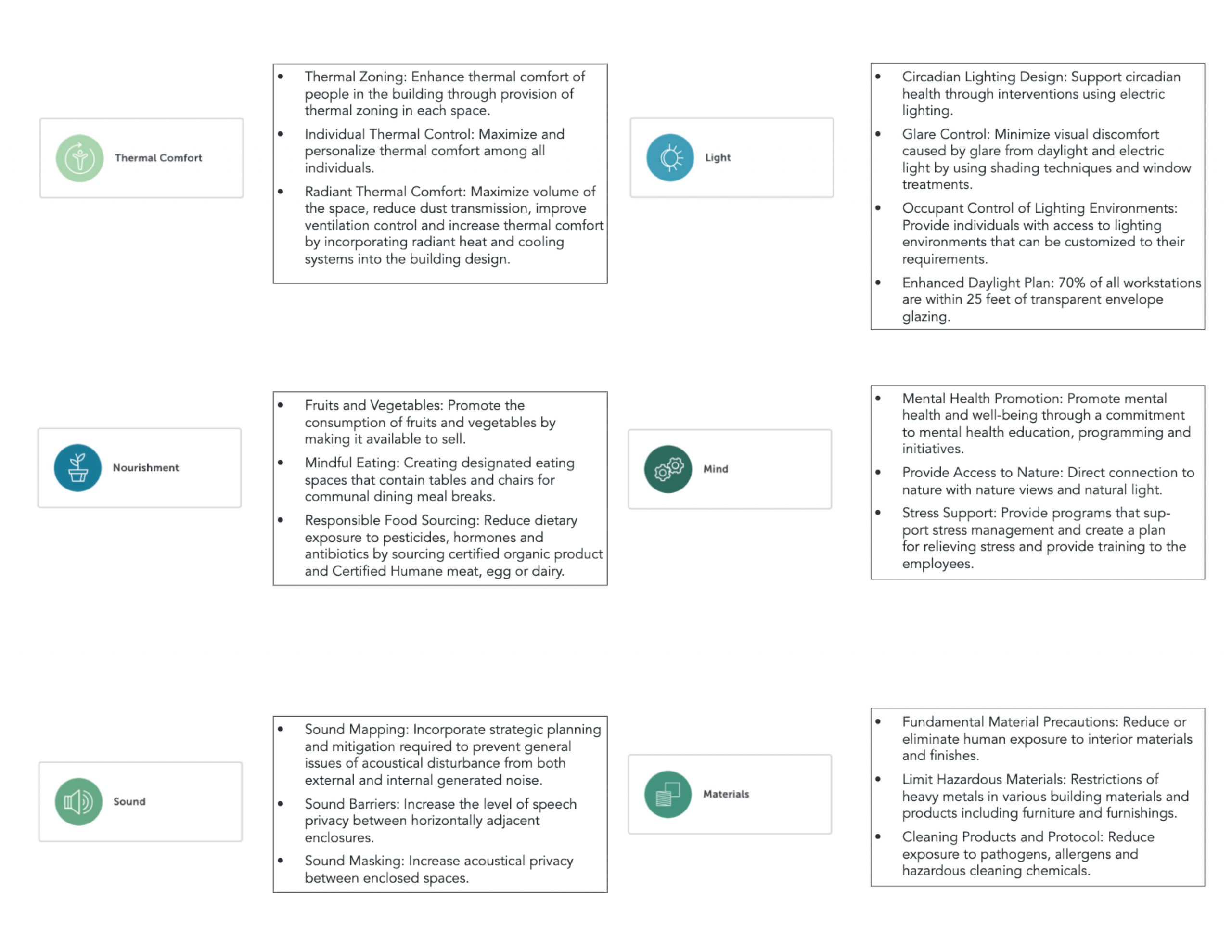 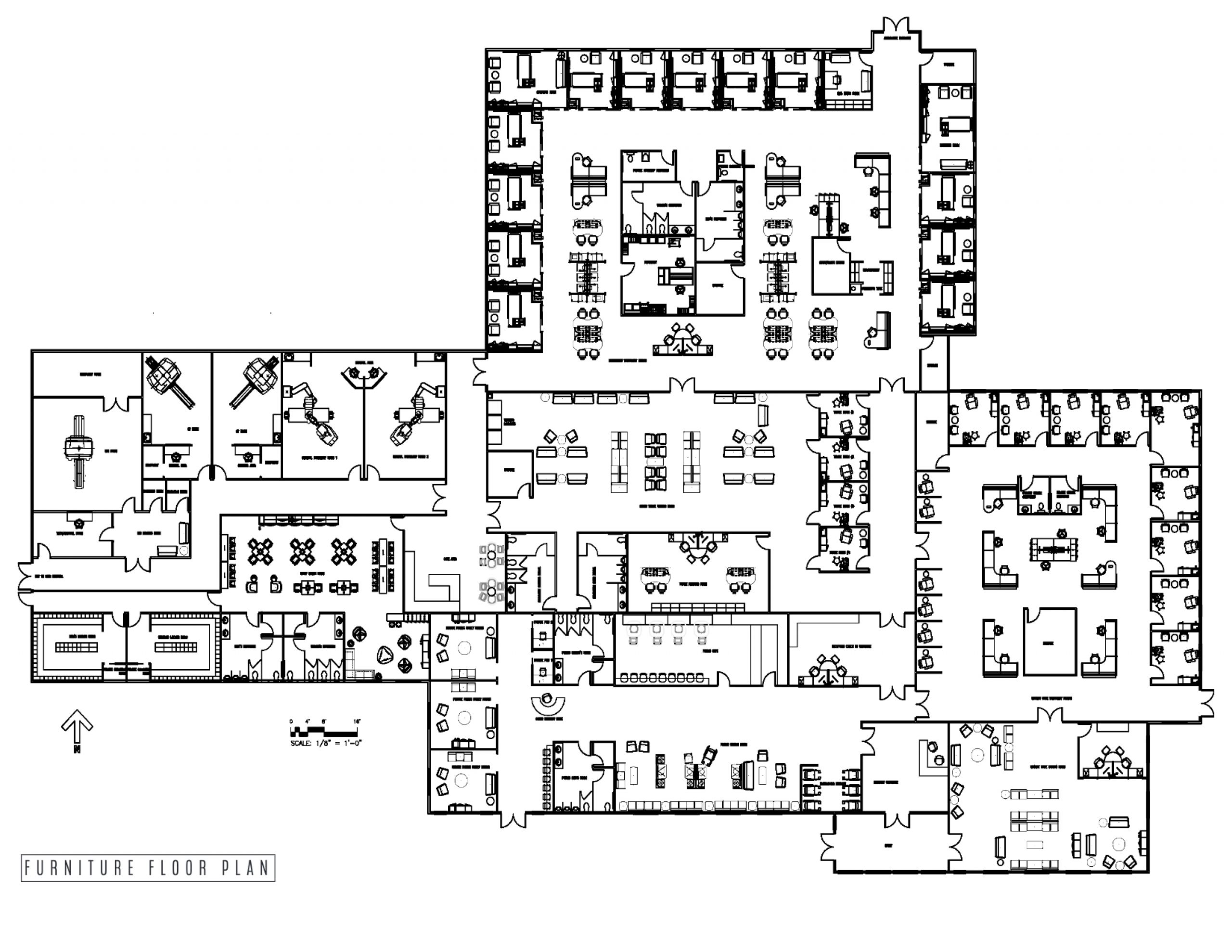 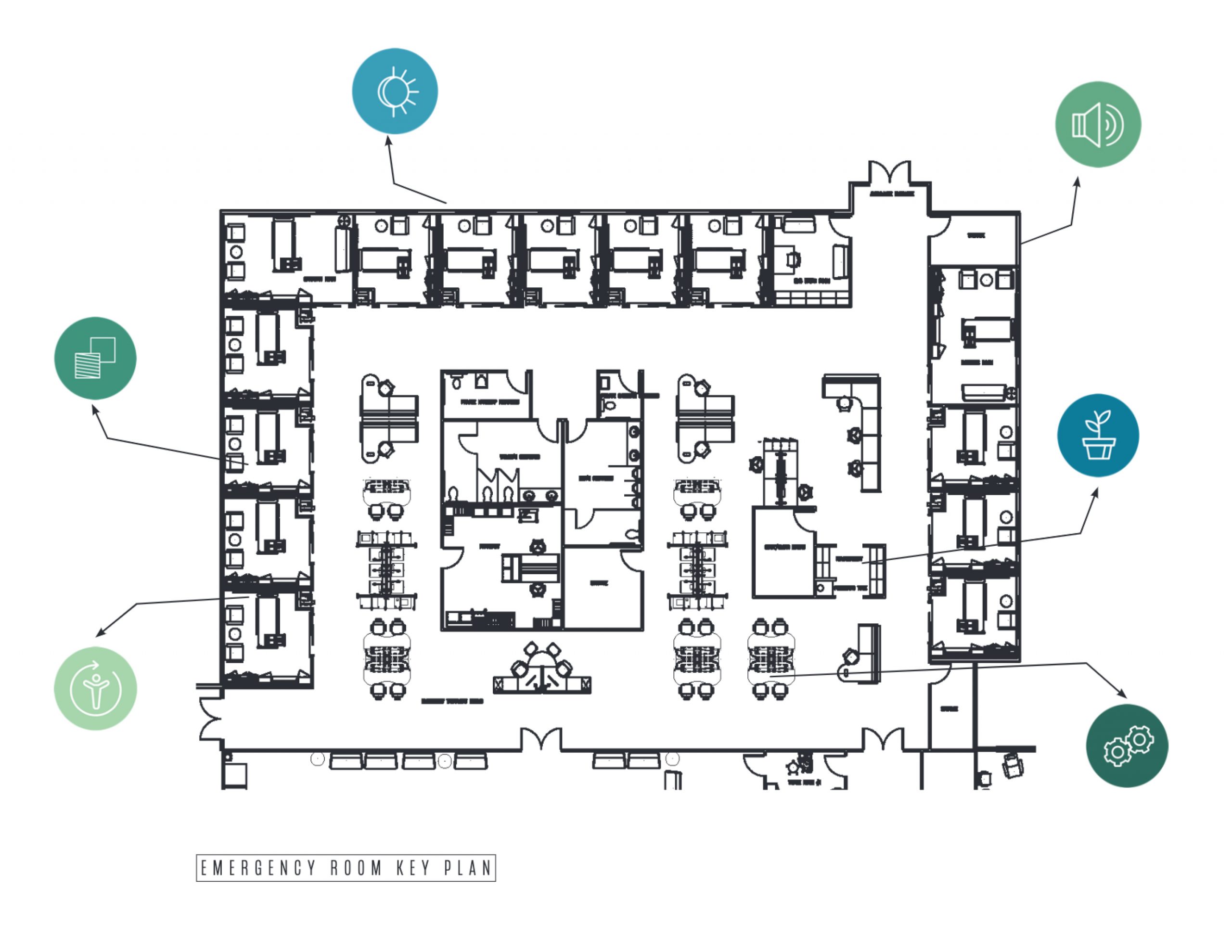 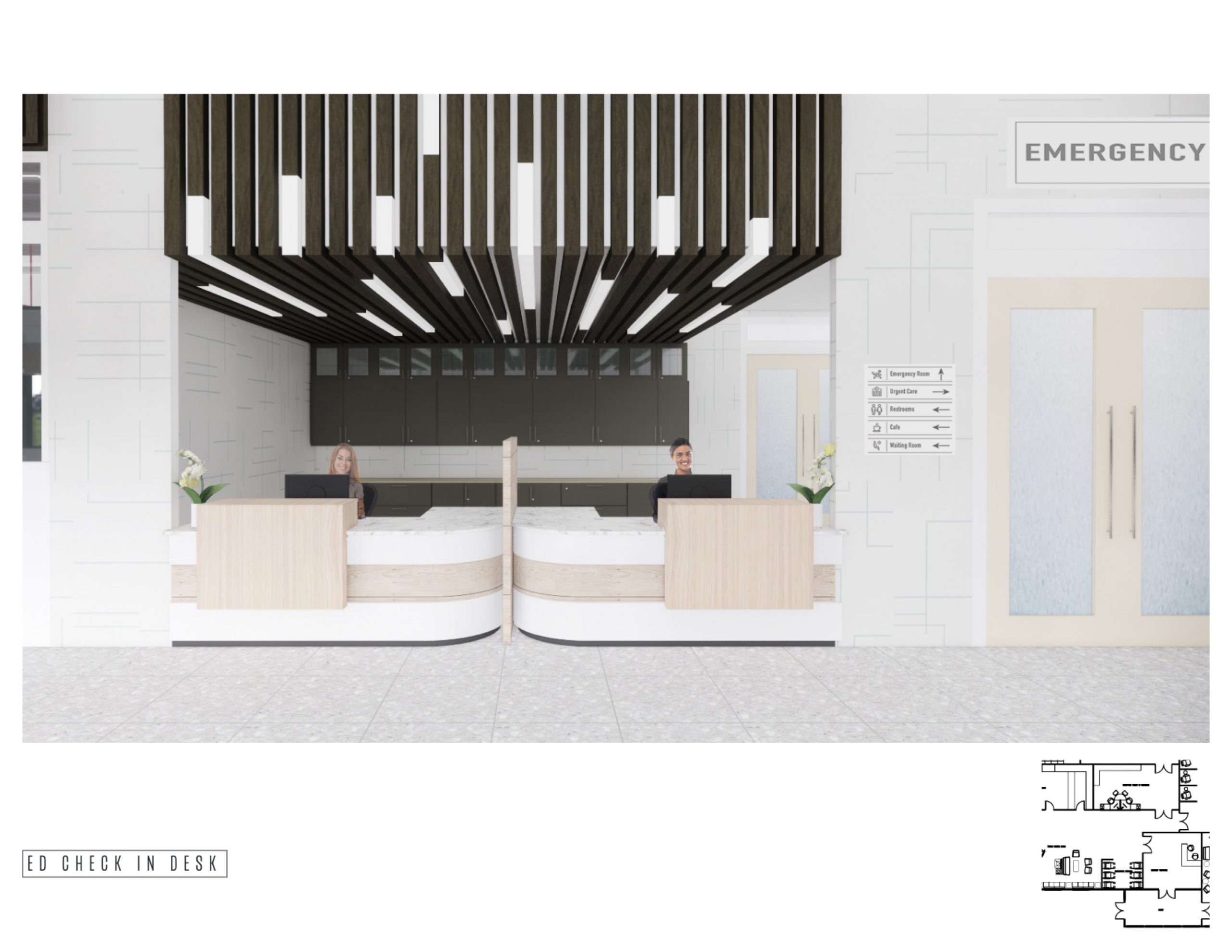 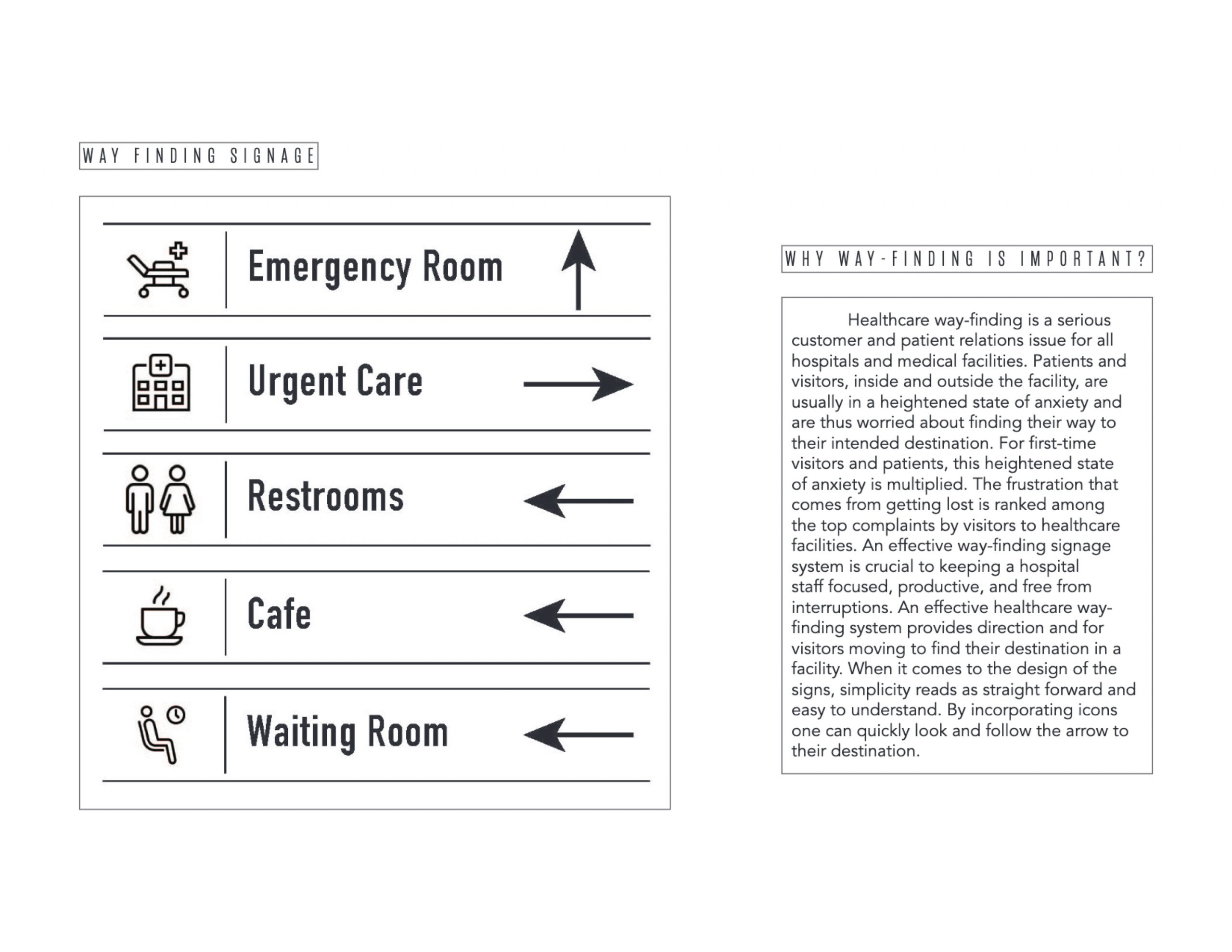 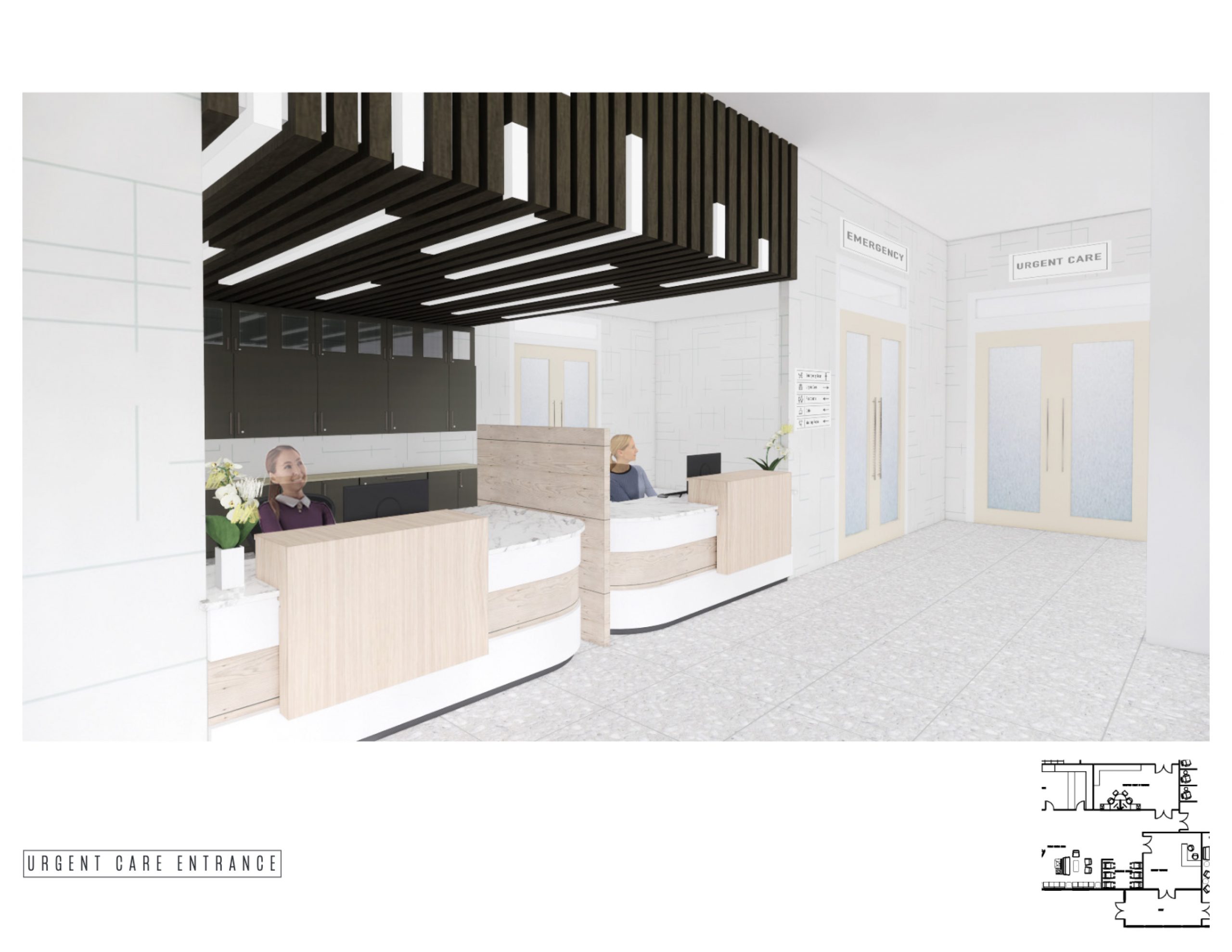 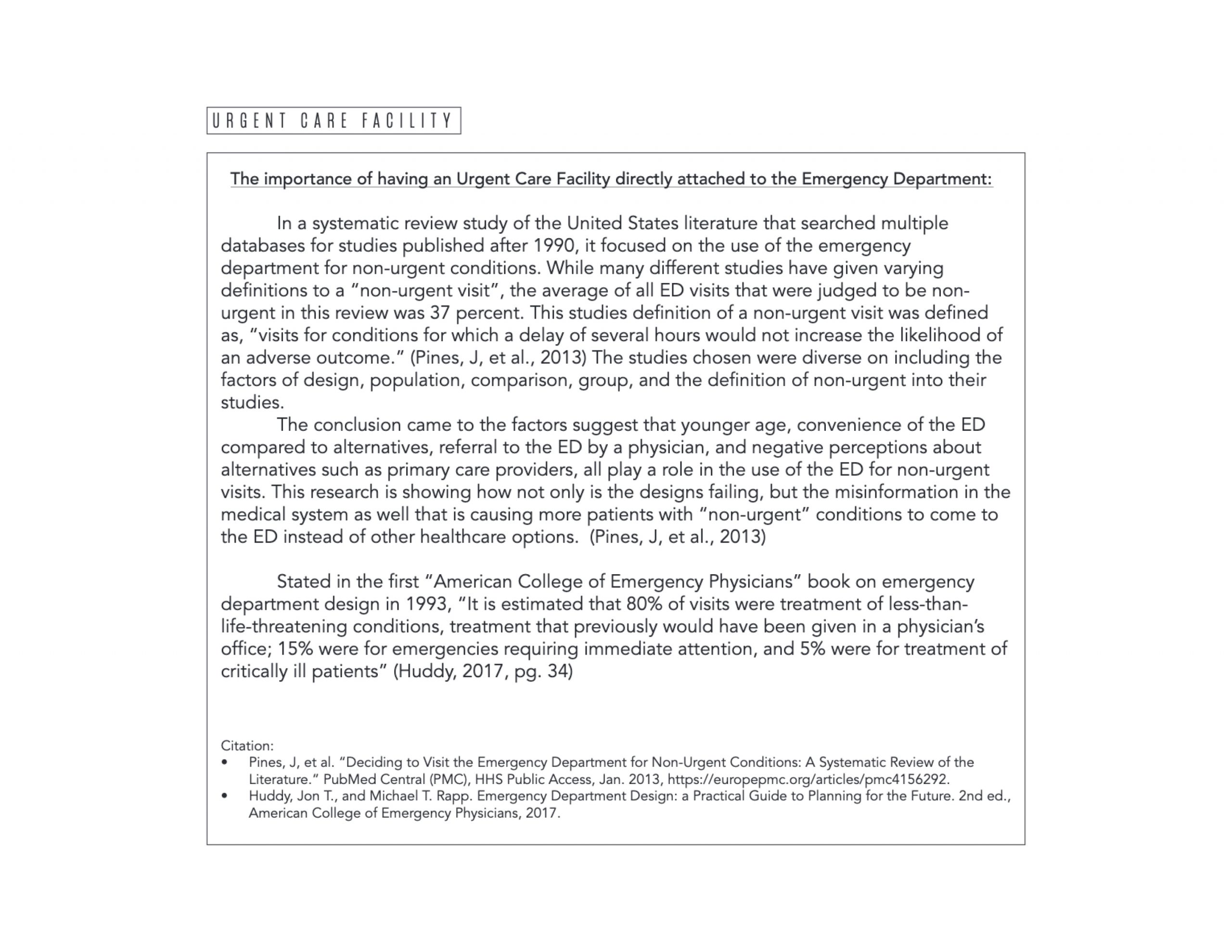 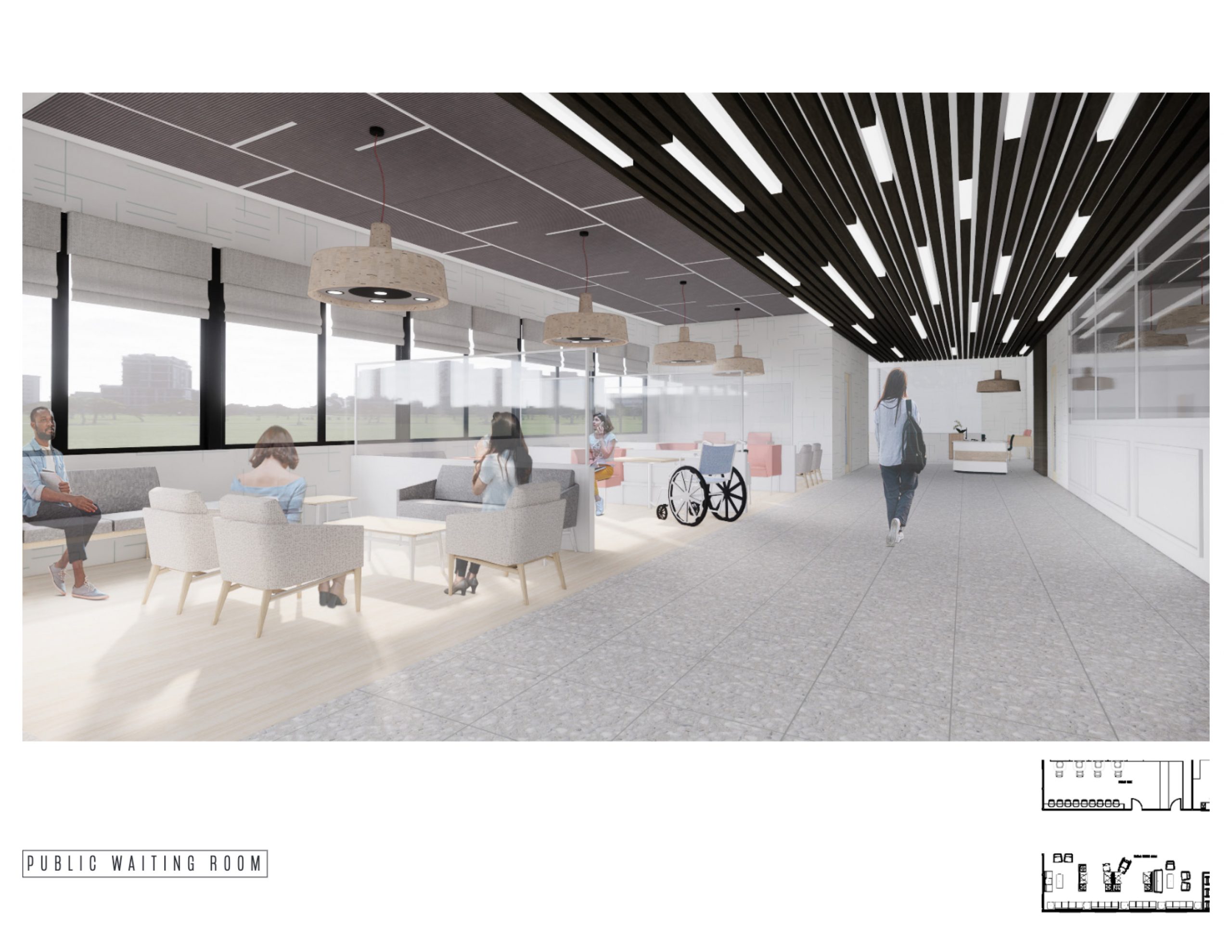 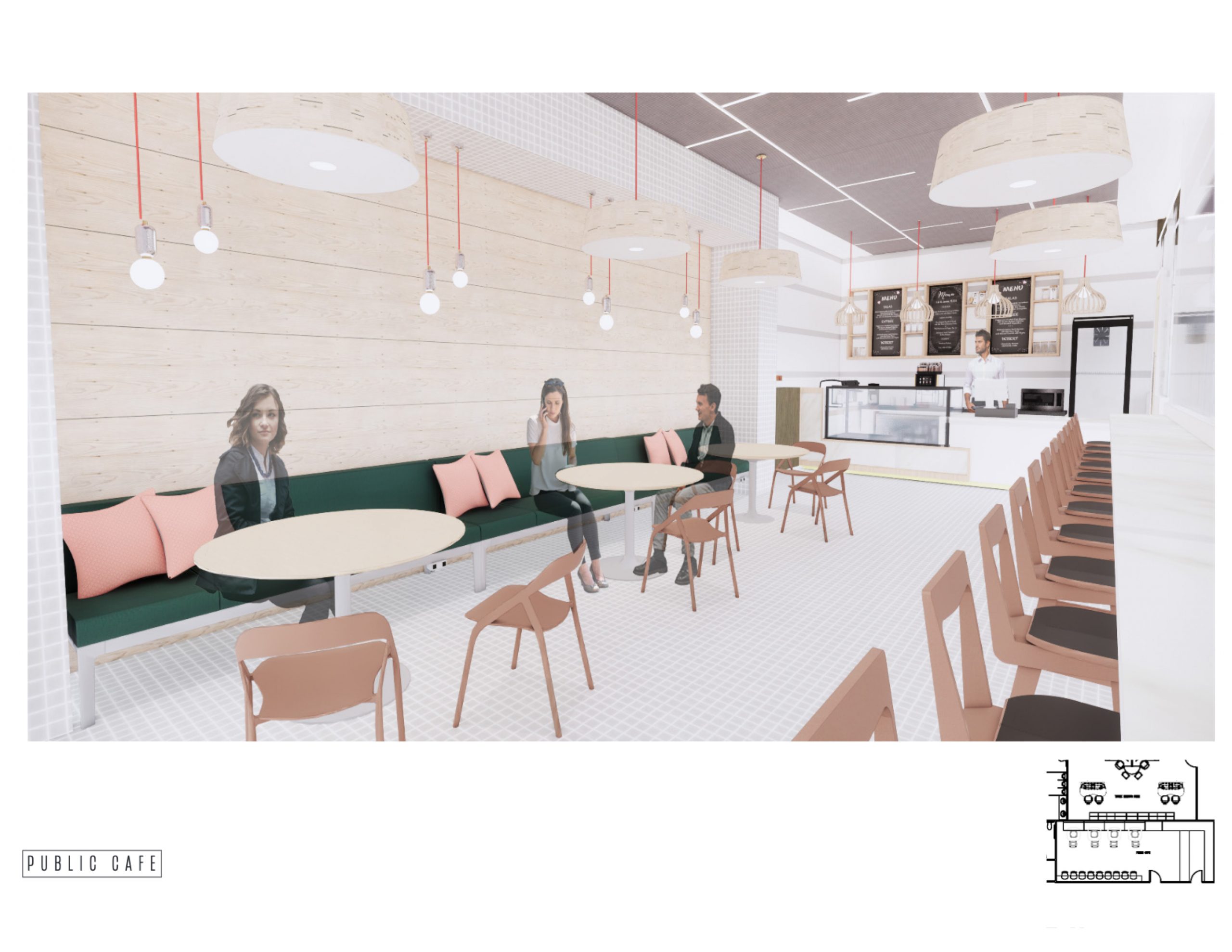 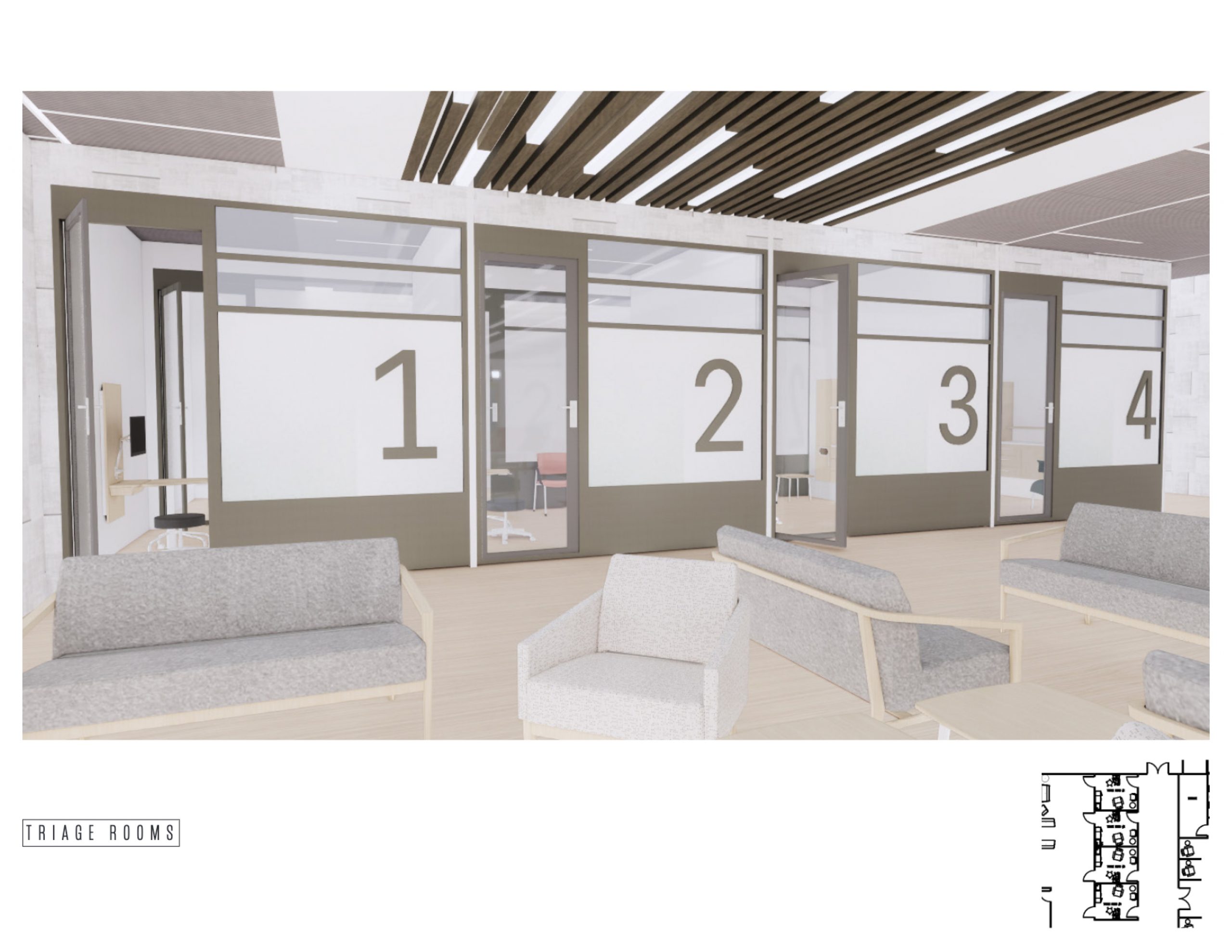 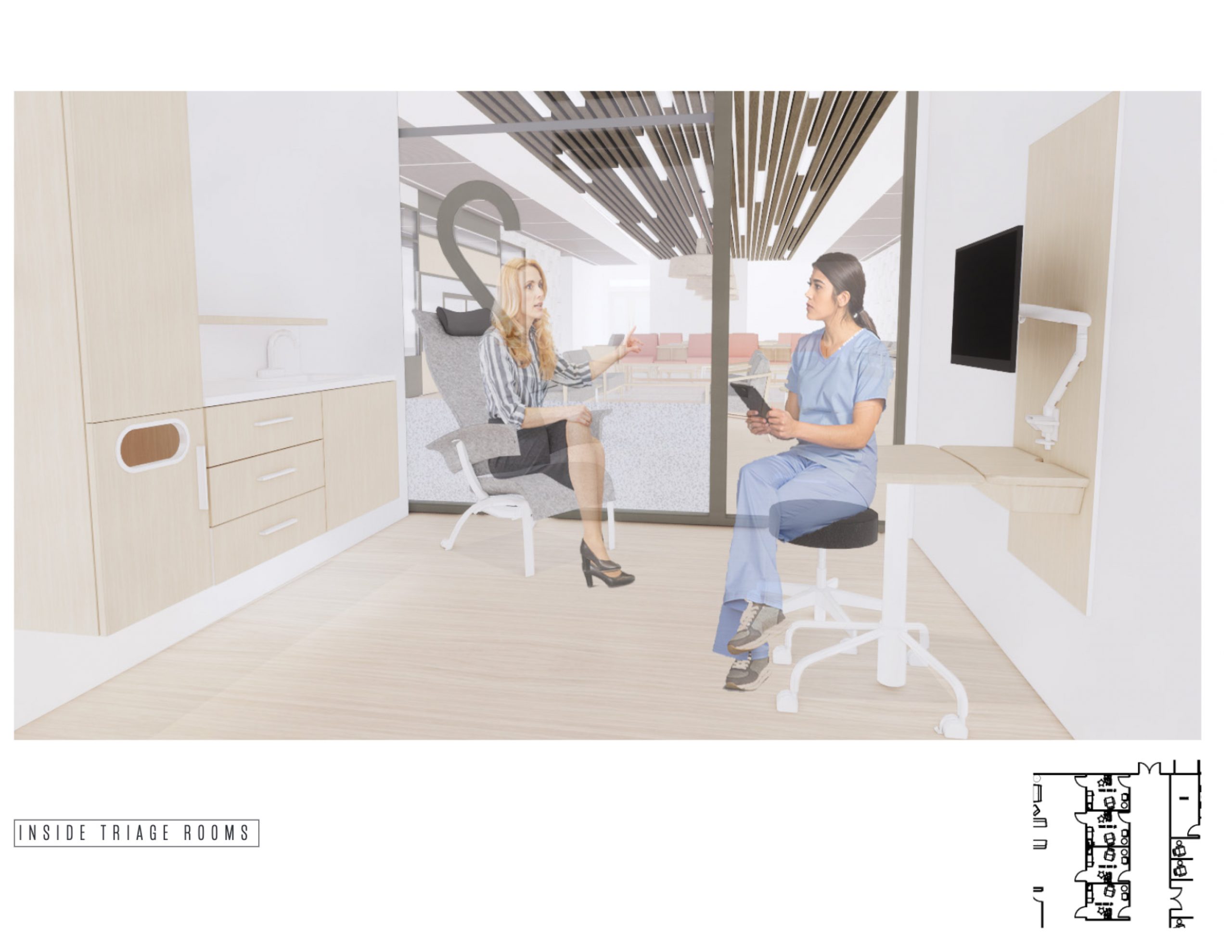 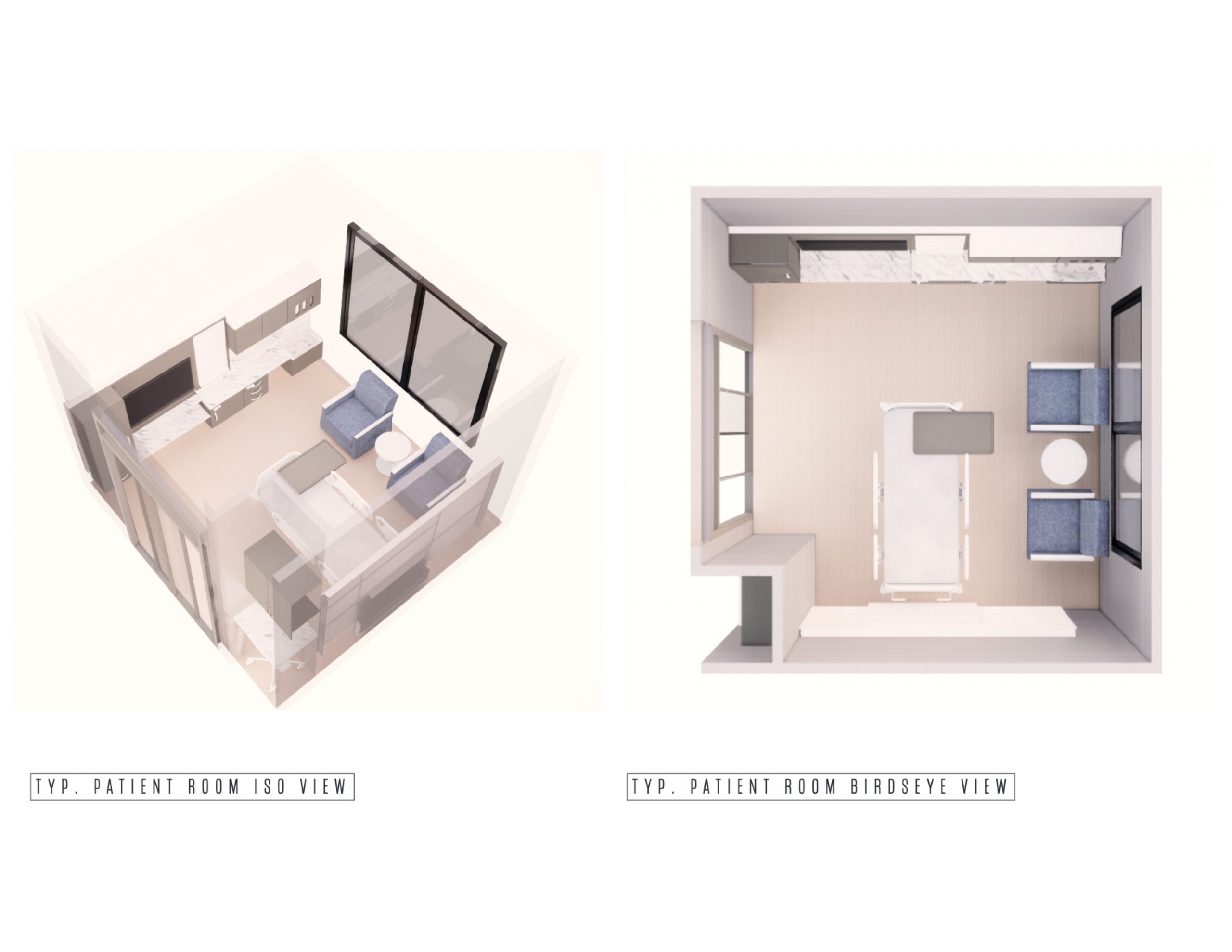 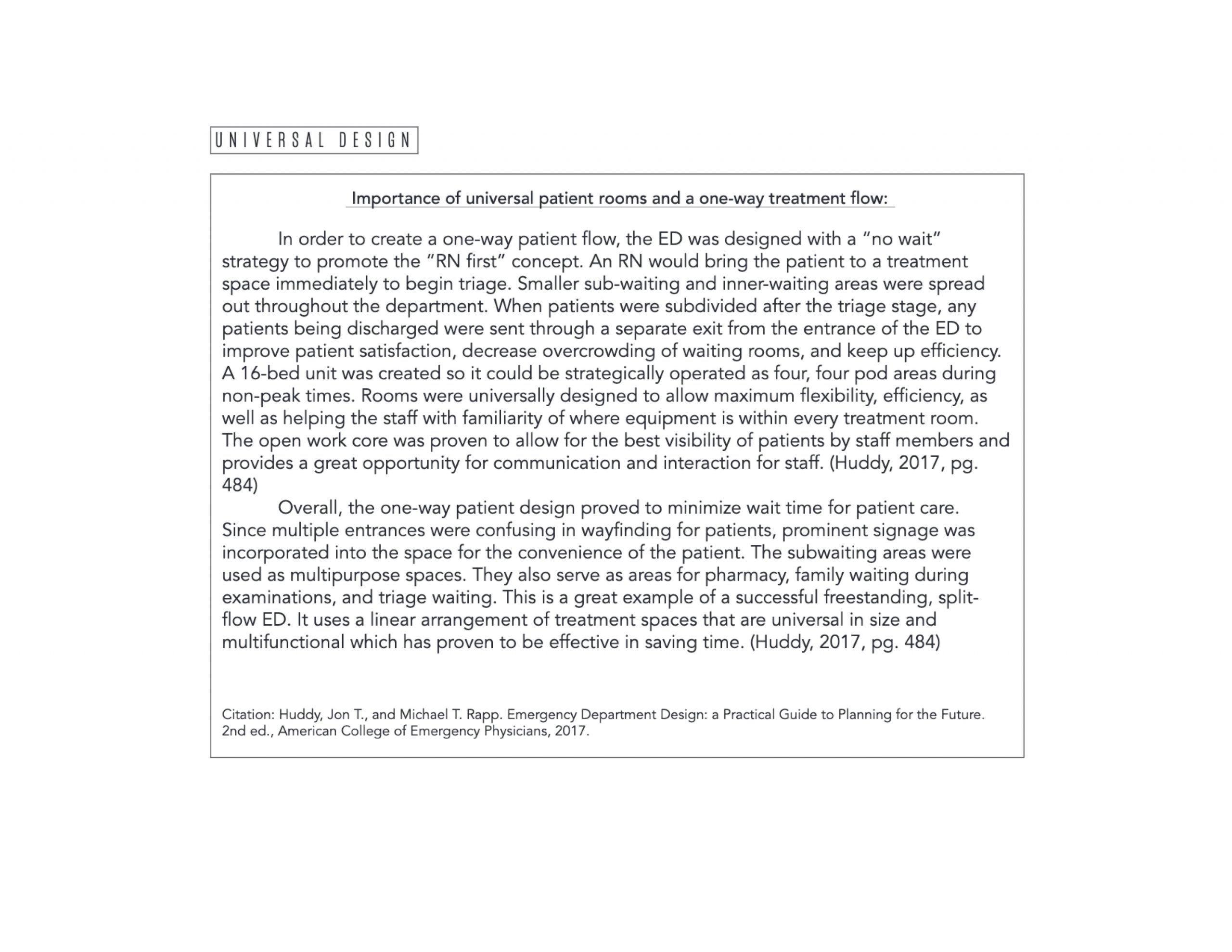 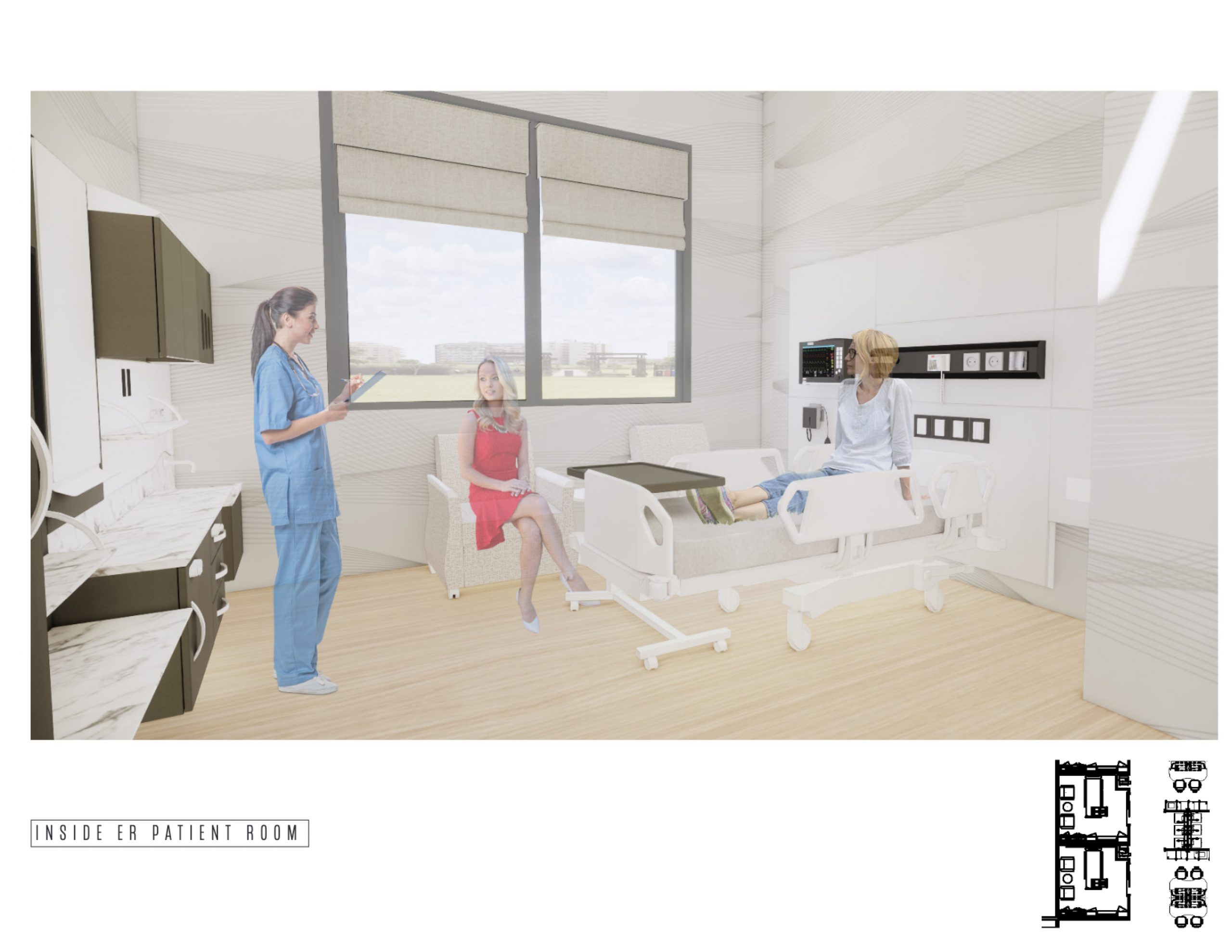 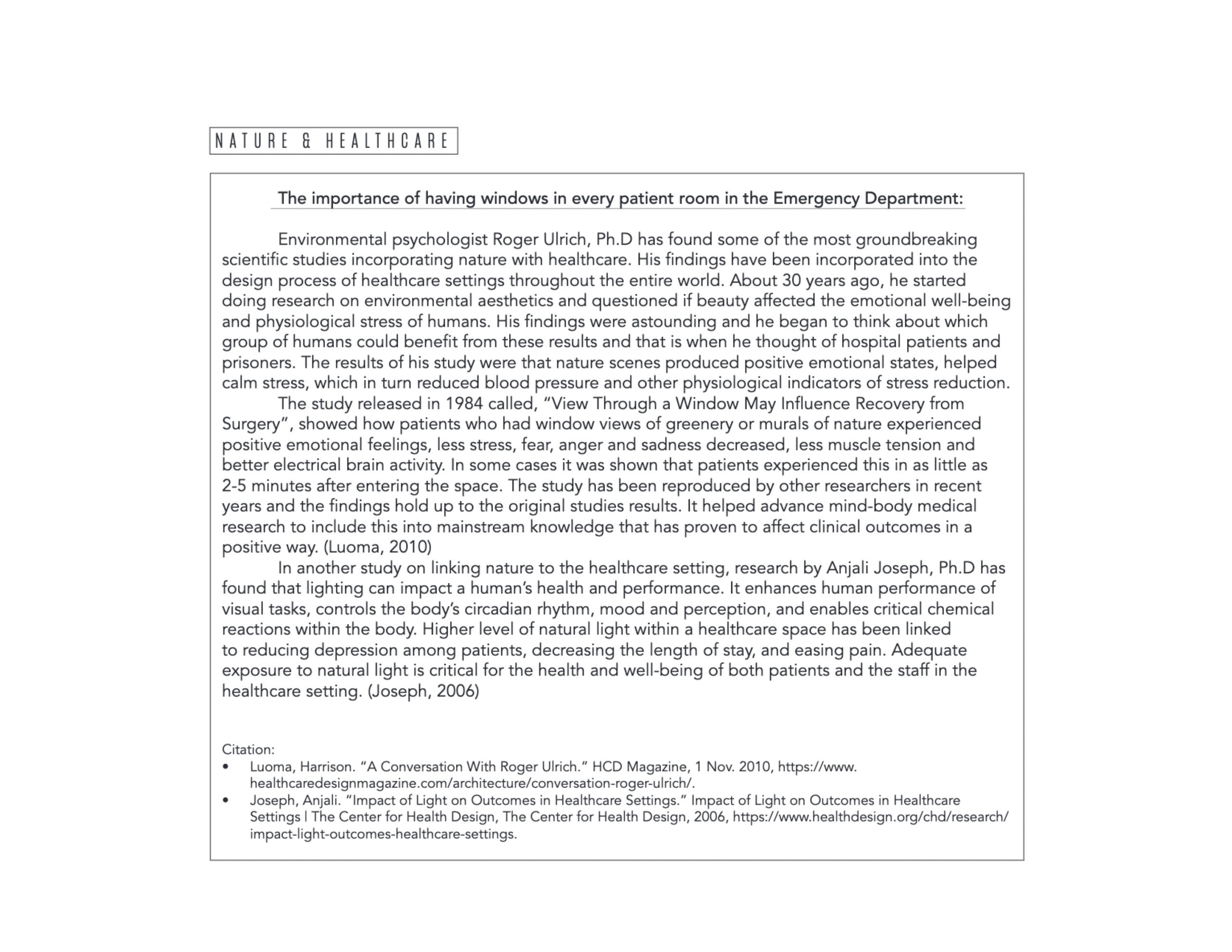 The decision to focus my Capstone thesis and design project on an Emergency Department was after my sister’s trip to Albany Medical Center’s Emergency Room last fall. She was rushed there in an ambulance due to passing out and hitting her head while teaching her class of 4th graders. While in the ED visiting her, I realized the horrible and outdated design that was shown in the ED at Albany Med. There was a lack of proper means of egress, hallways were overrun by equipment and beds, the waiting room was small and filled with both family members and patients waiting to get admitted leaving no privacy. From then on, I realized there were flaws in this design and it influenced me to see if there was a better universal design solution for all Emergency Departments. Through many hours of research and creation, I was able to produce the product of a proper ED design and layout.